Learning vibrato on violin and viola

If you want to use vibrato on the violin and viola consciously for a certain timbre or to support the interpretation of a work, it is worthwhile to place particular emphasis on a few aspects.

In the case of finger pressure, it is particularly important to reduce "skidding" or to prevent the finger from leaving its position on the fingerboard. This balance between stability and flexibility should be consciously established by the player, who should be able to use and change it according to the desired sound. For the use of the vibrato, when, how fast, with which finger pressure etc., it helps a lot to increasingly improve the independence between right and left. With increasing independence, one increases the technical prerequisite to really get the desired timbre. This can only ever be achieved in relation to the bow speed, the bow position and the bow stroke in general. If the independence does not exist, for example, a faster bow stroke automatically causes a faster vibrato movement (and vice versa).

We have tried and developed approaches for both major challenges.

We have tried out and developed approaches to both of these major challenges, which we would like to share here.

Approach to: flexibility and stability

Mobility in connection with stability can be practised particularly well with the fingerboard attachment. All types of vibrato benefit from it. This is especially because you reduce the finger pressure very slightly to what is really necessary. This sets in motion a chain of relaxation that also has an effect on the arms and wrists.The opportunities that come with it:

To do this, attach the ResoundingFingerboard to the preferred position: for wrist and arm vibrato approximately at the height of the 3rd/4th position, for finger vibrato somewhat further towards the bridge. The following steps are possible:

Approach to: independence between right and left

Independence between right and left is one of the fundamental prerequisites for acquiring a good playing technique in general. If one wants to use and, above all, shape one's vibrato consciously, the continuous improvement of independence and regular training can bring great developmental steps. More than 25 years of experimenting with how to make independence work well became a comprehensive volume on the subject of "arm vibrato" in 2021 with 39 practice ideas and almost 100 variations. The author Erdmute Hohage focuses the practice ideas on the independence between the two sides in connection with all applications of the vibrato and addresses in particular:

Pre-exercises are shown that can be done in preparation with pupils, even without direct reference to learning vibrato. But it also shows ideas that players can do if they have been vibratoing for many years. Many ideas can easily be transferred to other types of vibrato (and also to other playing techniques). Increasing improvement in independence always goes hand in hand with consciously placed movements.

Since there is unfortunately no button you can simply press to suddenly become independent, and since experience shows that the path requires a lot of training, the aim of this collection is to offer ideas on how to make things easier. Even if you "want" to do it, it doesn't mean that you can do it easily. Sometimes "distractions" are offered, but they are more than a distraction: Almost everything involves the whole body. 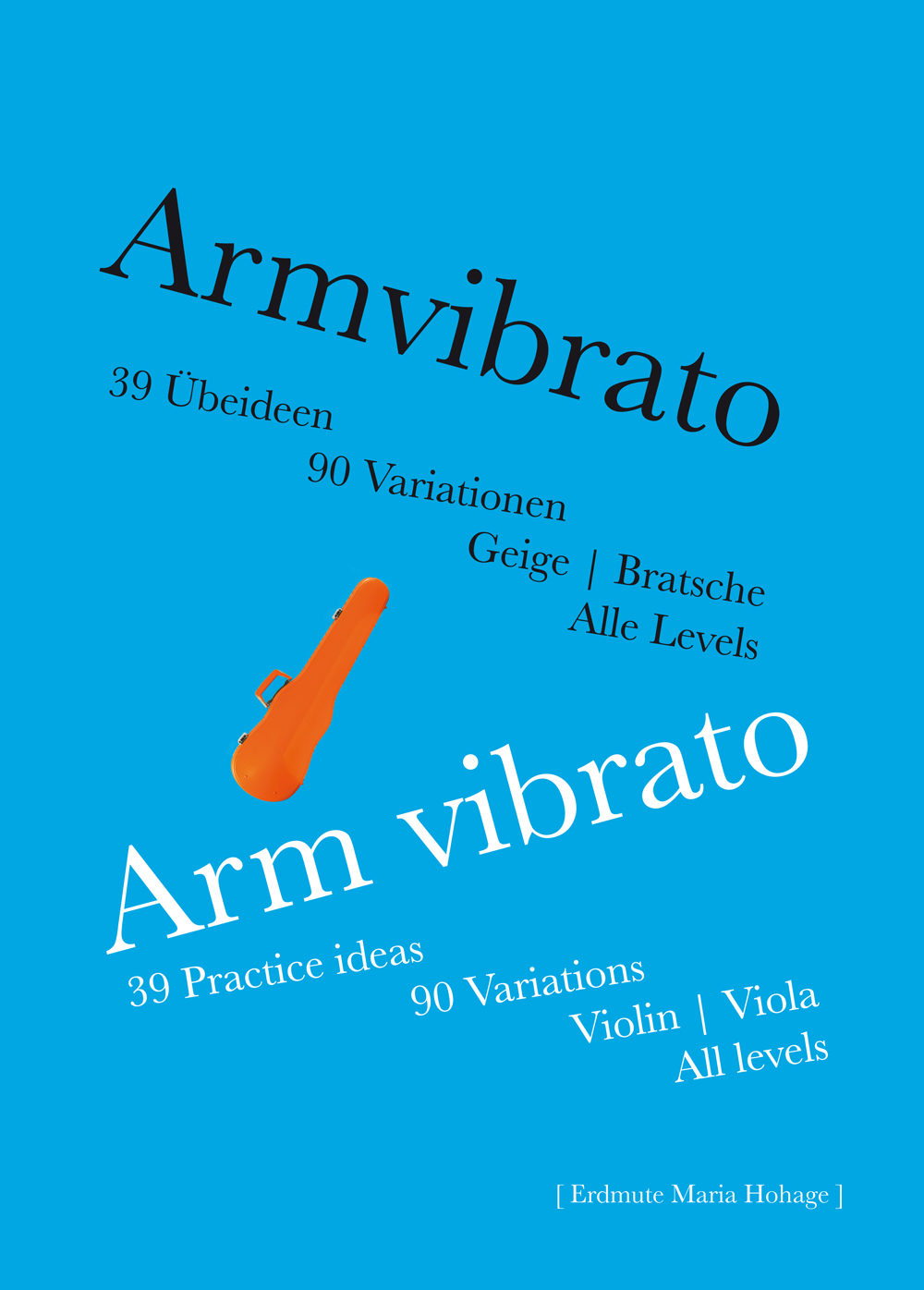 Especially on the subject of "arm vibrato", the exercise ideas can also be acquired as an exercise book. 30 Exercises and 90 Variations are supplemented by detailed information on the topic. The exercises are described in detail and provided with images. If necessary, you can also use QR codes to watch videos or download further information. Languages: German/English, 96 pages, ISBN 978-3-00-068280-3. You can order it directly from resoundstrings.de or from paganino

Watch a video on vimeo

Three impressions of the use of the fingerboard attachment for the three types of vibrato: arm vibrato, wrist vibrato and finger vibrato. The videos are hosted on vimeo.com and open in a new window in Vimeo. They each show a short sequence of what it can look like when the ResoundingFingerboard is used. Here: without a bow. 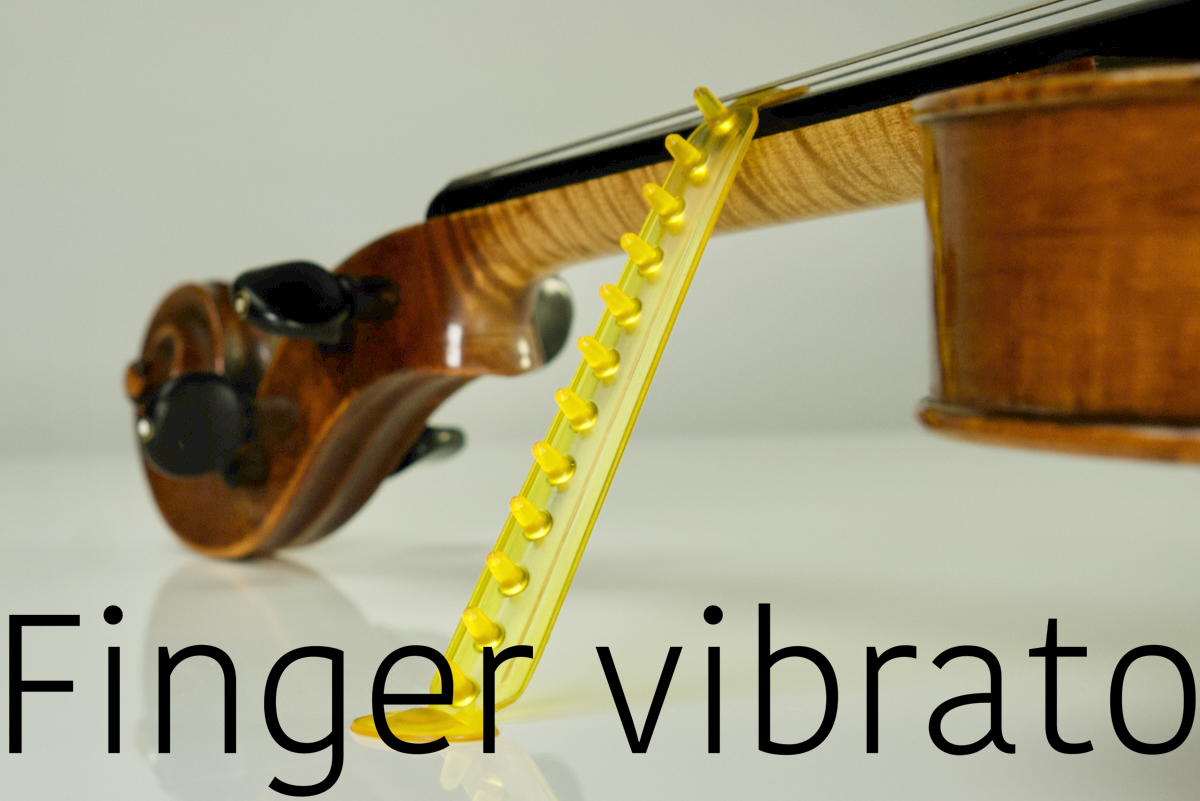 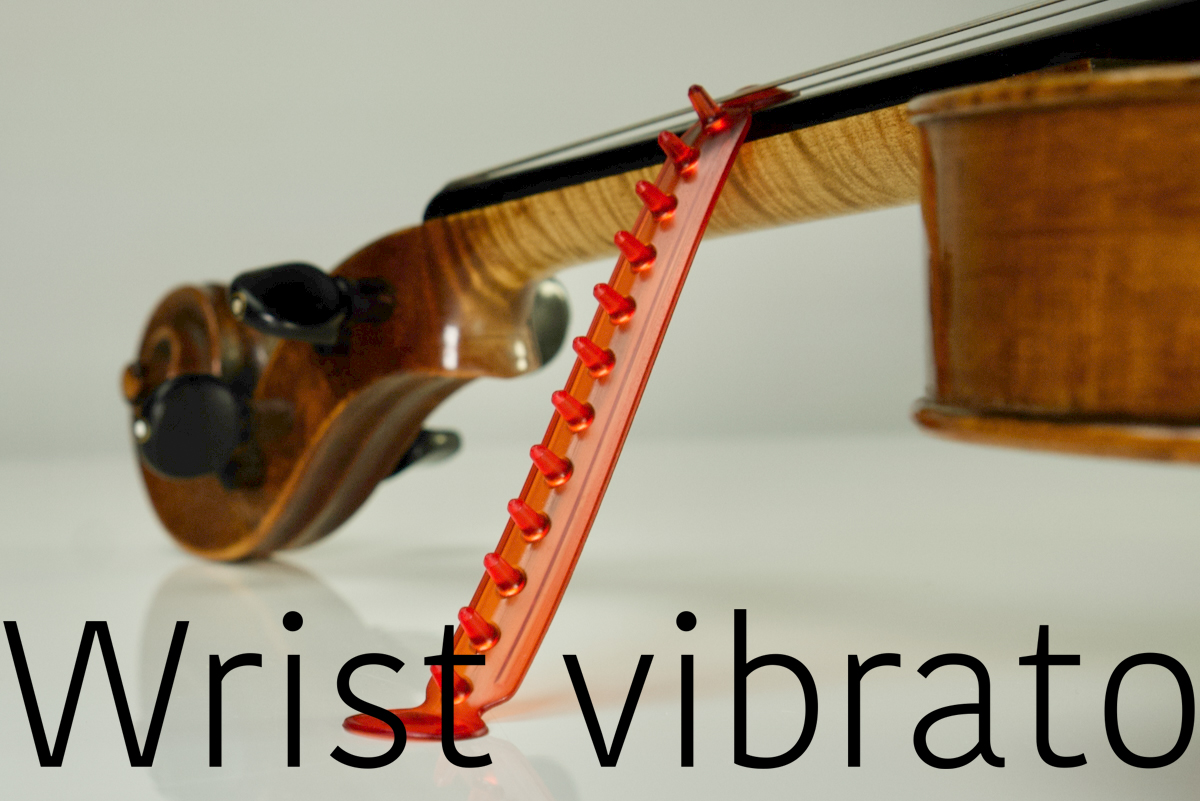